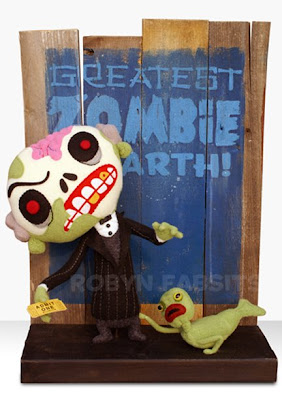 PT Barnum is complete. I decided to add a FeeJee Mermaid as well. Here's what Wikipedia says about the FeeJee mermaid.

The original exhibit was popularized by circus great P.T. Barnum, but has since been copied many times in other attractions, including the collection of famed showman Robert Ripley. The original exhibit was shown around the United States, but was supposedly lost in the 1860s when Barnum's museum caught fire. The exhibit has since been acquired by Harvard University's Peabody Museum of Archaeology and Ethnology and is currently housed in the museum's attic storage area.
The Fiji mermaid came into Barnum's possession via his Boston counterpart Moses Kimball, who brought it down to Barnum in late spring of 1842. On June 18, Barnum and Kimball entered into a written agreement to exploit this "curiosity supposed to be a mermaid." Kimball would remain the creature's sole owner and Barnum would lease it for $12.50 a week. Barnum christened his artifact "The Feejee Mermaid" and began to "puff" her to the skies. In Barnum's exhibit, the mermaid was allegedly caught in 1842 by a "Dr. J. Griffin." Griffin was actually Levi Lyman, one of Barnum's close associates. 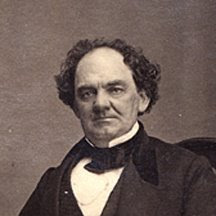 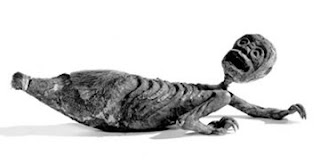 Email ThisBlogThis!Share to TwitterShare to FacebookShare to Pinterest
Labels: zombie